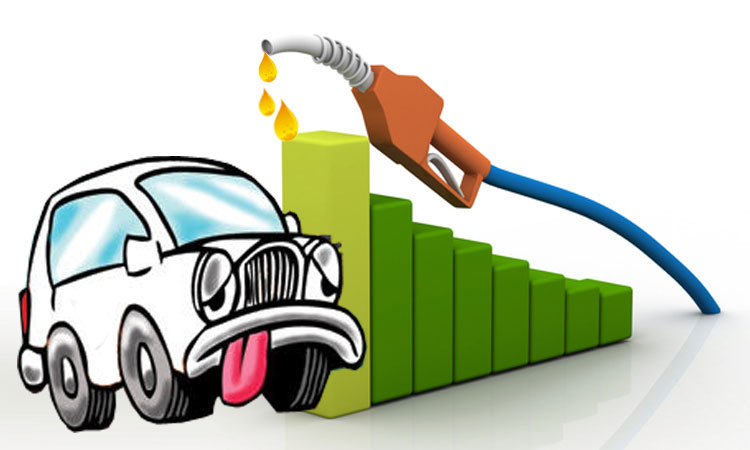 Unbridled price hike of fuel will lead to the disruption of the automobile market and in turn the entire auto sector. Notwithstanding what Prime Minister Narendra Modi said about our dependence on foreign imports, the fact remains that we are bound to import oil to sustain the country. Unfortunately, the exorbitant fuel prices are impacting our industry heavily in turn holding back our economic growth. The government may be talking of replacing 40 per cent of vehicles with electronic vehicles by 2030 but that is still a distant dream.

Let’s get things very clear right at the beginning. Fuel in India has never been cheap, at least the one for the automotive sector. Moreover, the ongoing tax-driven price hikes completely ruin the benefit of affordable mobility in the world’s largest small car market which has perhaps the most fuel-efficient cars in the world. It is imperative that the government realises the advantages of affordable fuel as the country is far beyond and much more than just the metros and cities. Unleashing a relentless hike in fuel prices like a wild beast will be self-destructive. Mobility is the fulcrum of the economy. Affordable energy and fuel are a right in the new and emerging economy and should not be an administrative concession.

We really don’t know where the fuel price is heading to! Purchasing automotive fuel is becoming an ordeal by the day. Both petrol and diesel prices have shot through the sky. The exorbitant prices are keeping away buyers from the mobility market. In the bargain, automakers are perforce developing new avenues to spare customers from an unrelenting tax regime effecting incessant price hikes burning holes in every citizen’s pocket.

In fact, just last Sunday i.e. February 15, the prices of petrol and diesel were raised by 29 paise and 32 paise a litre respectively, to an all-time high of INR 88.73 and INR 79.06 in the national capital. Meanwhile, in the commercial capital, Mumbai, their revised prices were at INR 95.21 and INR 86.04, respectively and the highest across all the four metros. Incidentally, retail prices of transport fuels differ across the country due to variations in local taxes.

On Sunday, Feb 14th, automobile fuel rates witnessed a rise for the sixth time after the February 1st Union Budget that restructured central levies on auto fuels to carve out a dedicated fund for the agriculture sector. Union Finance Minister Nirmala Sitharaman, during her budget speech, had announced the levy of an Agriculture Infrastructure and Development Cess (AIDC) of INR 2.5 and INR 4 per litre on petrol and diesel, respectively.

Retail prices of petrol and diesel in the domestic market are linked to the international market which is witnessing a spike in crude oil prices and in expectation of rising demands. However, the oil producers are unwilling to raise supply. There is a general expectation of an increase in international crude oil price following a general spike in commodity prices, an executive of the state-run oil companies said, recently.

Restriction on production by the oil producers’ cartel, the Organisation of the Petroleum Exporting Countries (OPEC) and its allies, particularly Russia (together OPEC+), but the rising demand driven by the hope for a faster recovery of the global economy thanks to the COVID-19 vaccines are the two key reasons for a jump in international oil prices.

Benchmark Brent crude that was at USD 56.35 per barrel on February 1 jumped 9 per cent to USD 61.47 on last Wednesday, highest since January 2020. However, it shed some of the gains during the intraday trade on Thursday at USD 61.12 per barrel, down 0.57 per cent.

In the face of the rising fuel prices people have started demanding lowering of the excise duty which is primarily responsible for this exorbitant rise. The abnormally high taxes on automobile fuels have taken the branded fuel in Rajasthan to over INR 100. Even in Mumbai, the price gap is rapidly narrowing with the INR 100 tag.

According to sources, there is no immediate possibility of any reduction in central excise to provide relief to consumers from the rising fuel rates due to revenue concerns.

According to the Union Budget, which was presented recently, India is carrying a high fiscal deficit at 9.5 per cent of the gross domestic product (GDP) in 2020-21 largely because the pandemic has hit the economy badly. Additionally, the budget has also proposed to borrow Rs 12 lakh crore in FY22. That would mean a high fiscal deficit of 6.8 per cent in the next financial year. In view of such constraints, the government has no room to reduce excise duties on petrol and diesel.

Apart from the newly imposed AIDC of INR 2.5 per litre on petrol and INR4 per litre on diesel, (after reducing central excise on them to the extent to keep the total central tax unchanged), the central government levy on petrol is INR 32.98 per litre and on diesel INR 31.83 a litre which is marginally higher than their basic prices [apart from freight cost, dealer commission and state levies].

In conclusion, one can say that searching for an alternative has become imperative. Electric vehicles are fine but that will take time to replace even a significant number of automobiles. The auto sector is one of the primary drivers of the economy and it is important that the sector recovers from the pandemic battering it has received. But, in order to recover, cheaper fuel prices are also important. It will be interesting to see how the government manages to do that.

netPI-Single board computer is a Raspberry Pi 3 architecture based platform for implementing Cloud, Internet…

Crouzet is a worldwide organisation renowned for its motors, control electronics, gearboxes and accessories. While…

Recent Post
Contact us today to get a quote for your services.
Request A Quote
Copyright © 2020 www.thedigitpanda.com. All Rights Reserved.